Yangzhou, formerly romanized as Yangchow, is a prefecture-level city in central Jiangsu Province, China. Sitting on the north bank of the Yangtze, it borders the provincial capital Nanjing to the southwest, Huai’an to the north, Yancheng to the northeast, Taizhou to the east, and Zhenjiang across the river to the south. Its population was 4,414,681 at the 2010 census and its urban area is home to 2,146,980 inhabitants, including three urban districts, currently in the agglomeration.

Historically, Yangzhou was one of the wealthiest cities in China, known at various periods for its great merchant families, poets, artists, and scholars. Its name (lit. “Rising Prefecture”) refers to its former position as the capital of the ancient Yangzhou prefecture in imperial China. 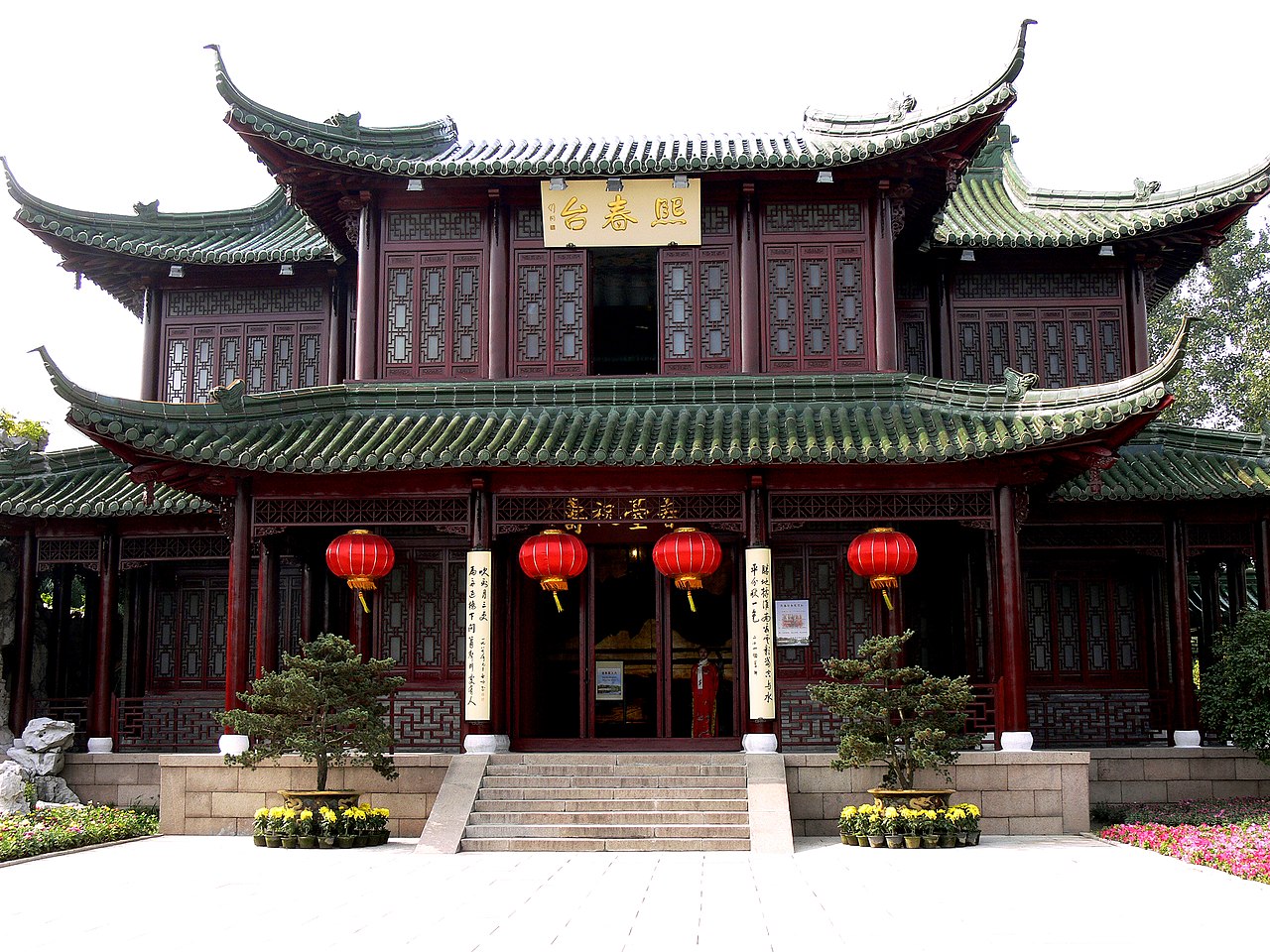 Tourist sights include Slender West Lake and old residences in the moated town, such as the Wang Residence and the Daming temple. Yangzhou is famous for its many well preserved Yangzhou style gardens. Most of the Historic city is in the Guangling District.

Named after Hangzhou’s famous West Lake, this long, narrow stretch of water which meanders through Yangzhou’s western limits is a well-known scenic spot. A long bank planted with weeping willows spans the lake; at its midpoint stands a square terrace with pavilions at each of the corners and one in the center. Around the lake is a park in which are found several attractions: Lotus Flower Pagoda (Lianhua SO), a white structure reminiscent of the White Pagoda (Baita) in Beijing’s Beihai Park; Small Gold Mountain (Xiao Jin Shan); and the Fishing Platform (Diaoyutai), a favorite retreat of the Qing emperor Qian Long. The emperor was so gratified by his luck in fishing at this spot that he ordered additional stipends for the town. As it turns out, his success had been augmented by local swimmers who lurked in the lake busily attaching fish to his hook.