The Yellow Crane Tower(Chinese: 黄鹤楼) is a traditional Chinese tower located in Wuhan, in central China.

The tower has been destroyed many times, both by warfare and by fire. The current tower was completed in 1985.

A modern English translation is:

Long ago one’s gone riding the yellow crane, all that remained is the Yellow Crane Tower.
Once the yellow crane left it will never return, for one thousand years the clouds wandered carelessly.
The clear river reflects each Hanyang tree, fragrant grasses lushly grow on Parrot Island.
At sunset, which direction leads to my hometown? One could not help feeling melancholy along the misty river.

滕王阁 or Tengwang Pavilion is a building in the north west of the city of Nanchang, in Jiangxi province, China, on the east bank of the Gan River and is one of the Three Great Towers of southern China. The other two are the Yueyang Tower and the Yellow Crane Pavilion. It has been destroyed and rebuilt many times over its history. The present building was rebuilt in 1989 on the original site. The rebuilding plan was devised by the architect Liang Sicheng，and now the Pavilion of Prince Teng is the landmark of Nanchang. There are nine floors in total. The main architectural structure is in Song dynasty wooden style, showing the magnificence of the Pavilion.

岳阳楼 or Yueyang Tower is an ancient Chinese tower in Yueyang, Hunan Province, on the shore of Lake Dongting. Alongside the Pavilion of Prince Teng and Yellow Crane Tower, it is one of the Three Great Towers of Jiangnan.

The history of Yueyang Tower dates from the Three Kingdoms Period, when Lu Su, commander in chief of the forces of Wu, was sent to the area to fortify it and train the fleet there. To ease the inspection and command of ships he constructed a tower near the strategic location where Lake Dongting joins the Yangtze River, from which the whole of Lake Dongting was visible. This inspection tower, then called the Ba Ling Tower after the nearby city of Ba Ling, was the first incarnation of Yueyang Tower.

Like the other two great towers of Jiangnan, Yueyang Tower is famous partly due to its literary associations, namely the piece Yueyang Lou Ji (岳陽樓記), loosely translated as Memorial to Yueyang Tower, written by renowned Song poet Fan Zhongyan at the invitation of his friend Teng Zijing (滕子京), who in 1044 became local governor and rebuilt the tower, and subsequent play Yueyang Tower by one of the most renowned Chinese dramatists Ma Zhiyuan in the Yuan Dynasty era. 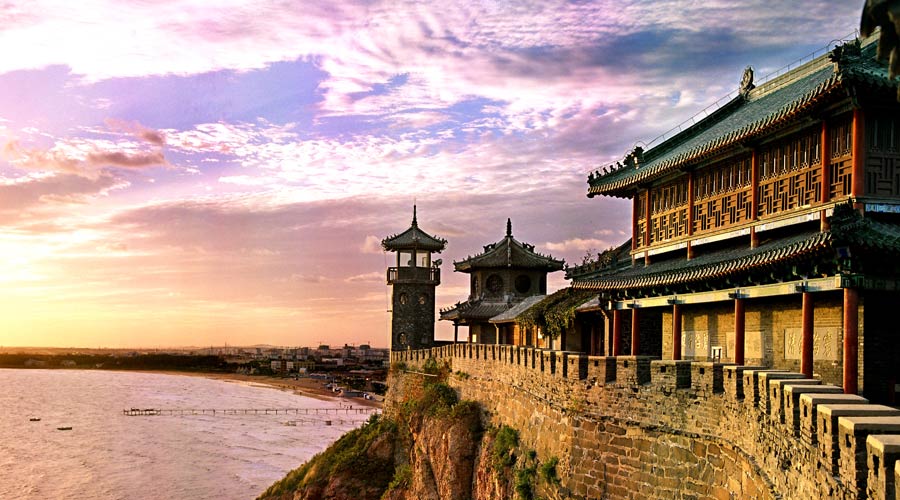 Or Penglai Pagoda ( 蓬莱阁) is a famous tower in Penglai, Shandong. It is noted as one of the Four Great Towers of China, although it is occasionally not listed due to lacking a famous literary piece associated with it. It is known as the landing place of the Eight Immortals and famous for its occasional mirages. The dividing line between the Yellow Sea and Bohai Sea is also marked and clearly visible from the area. The corresponding tourism area is classified as a AAAAA scenic area by the China National Tourism Administration.

editor - February 8, 2017
0
Hangzhou is renowned for its historic relics and natural beauty. It is known as one of the most beautiful cities in China, also ranking...