Winding about 3,964 miles, Yangtze River is the largest in China and the third largest in the world after the Nile in Africa and the Amazon in South America. Originating from the Tanggula Range in Qinghai Province in western China, it traverses eleven provinces and cities from west to east, including Qinghai, Tibet, Sichuan, Yunnan, Chongqing, Hubei, Hunan, Jiangxi, Anhui, Jiangsu and Shanghai. Finally it pours into the East China Sea at Shanghai.

As the largest water system in China, Yangtze River is historically, economically and culturally important to the country. It has numerous tributaries including Min River, Han River, Jialing River, Gan River, and Huangpu River. The Three Gorges Dam on the river is the largest dam project and hydropower station in the world. Generally, people consider the river a dividing line between North China and South China. Areas to the north and the south of the river have many differences in climate, scenery, economics, culture and folk customs.

The Yangtze River plays a large role in the history, culture and economy of China.

A Yangtze Cruise is the thrill of a lifetime. Tourists enjoy the stunning scenery of the Three Gorges while exploring the ancient cultural sites along the river. 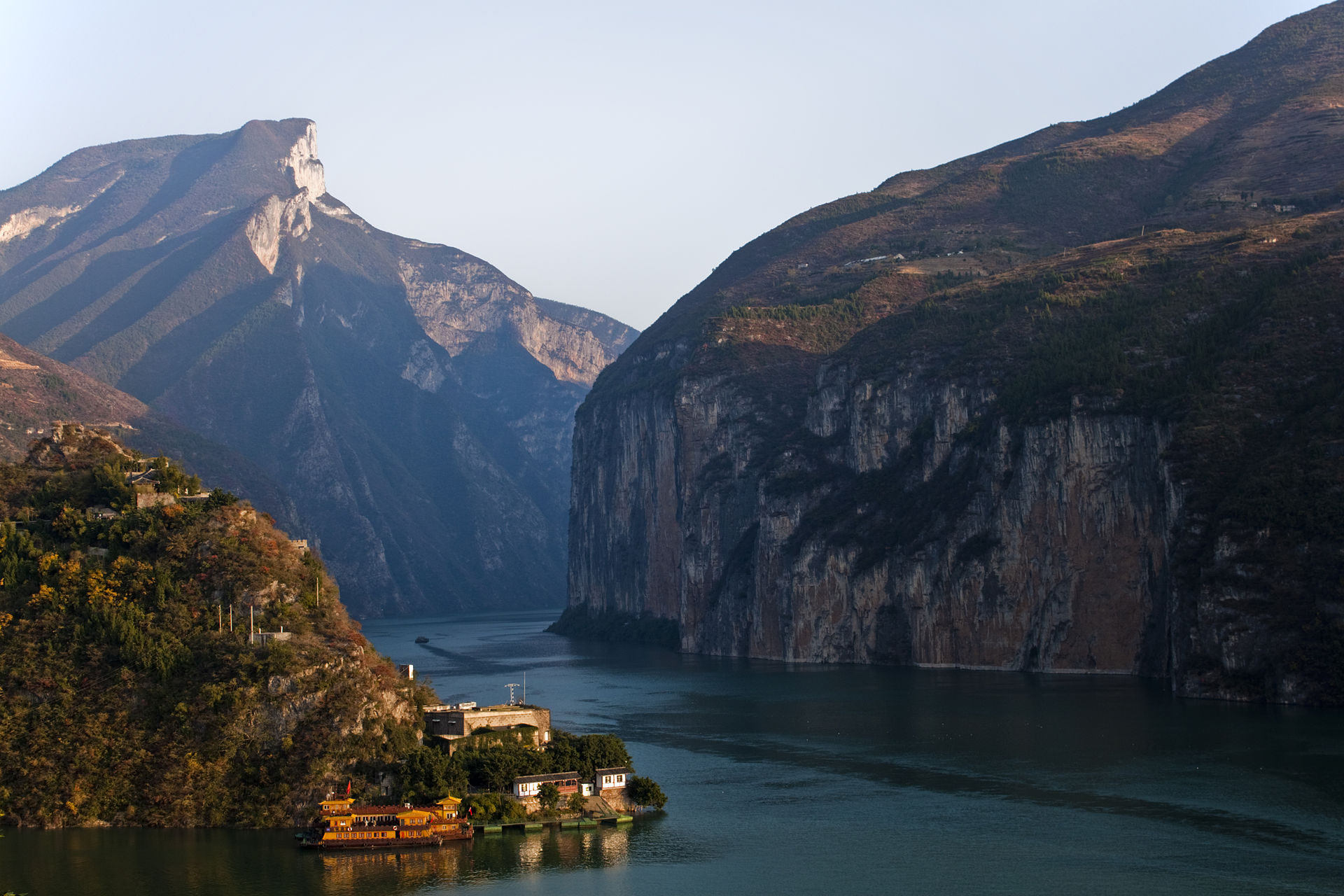 Yangtze cruises between Chongqing and Yichang/Wuhan/Shanghai are frequently-chosen itineraries. Tourists can discover a river abounding with amazing natural beauties and historic relics. No one would deny the majesty of the Three Gorges – Qutang Gorge, Wu Gorge and Xiling Gorge. During the cruise and the onshore excursions, tourists can enjoy the spectacle of Fengdu Ghost City, the unique architecture of Shibaozhai, the fun of drifting in Shennong Stream and the wonder of Three Gorges Dam.

Many amazing civilizations are based around great rivers. Like other famous rivers all over the world, Yangtze River, with fantastic sceneries and a long history, has nurtured brilliant civilization in south China.

In recent years, the river has suffered from industrial pollution, agricultural run-off, siltation, and loss of wetland and lakes, which exacerbates seasonal flooding. Some sections of the river are now protected as nature reserves.