The Alishan National Scenic Area is a mountain resort and natural preserve located in the mountains of Chiayi County in Taiwan.

Alishan is 415 square kilometres (41,500 ha) in area. Notable characteristics include mountain wilderness, four villages, waterfalls, high altitude tea plantations, the Alishan Forest Railway, and a number of hiking trails. The area is popular with tourists and mountain climbers. Alishan, or Mount Ali, itself has become one of the major landmarks associated with Taiwan. The area is famous for its production of high mountain tea and wasabi. 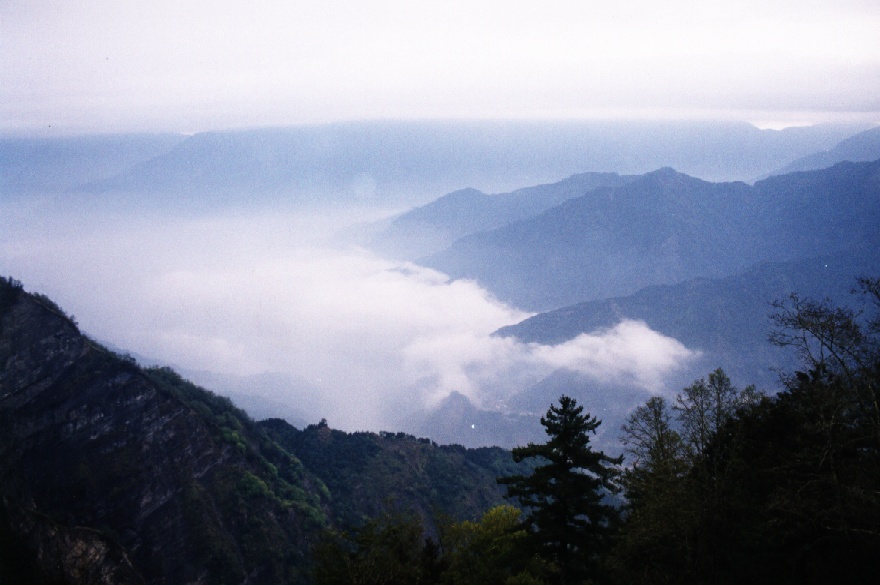 Alishan is well known for its sunrises, and on a suitable morning one can observe the sun come up on a sea of clouds in the area between Alishan and Yüshan. Alishan and Sun Moon Lake are two of the best known scenic spots in Asia. The indigenous people of the area, the Thao people, have only recently been recognized as a discreet ethnic group. They have long been confused with the Tsou people.

Alishan National Scenic Area spans a broad range in altitude. Lower elevations, such as in Leye Township, share the same subtropical and tropical climate as the rest of southern Taiwan, while the climate changes to temperate and alpine as the elevation increases. Snow sometimes falls at higher elevations in the winter.

The Alishan area was originally settled by the Tsou tribe of the Taiwanese aborigines; the name derives from the aboriginal word Jarissang. Ethnic Han Chinese settlers first settled on the plains near modern-day Chiayi as early as the late Ming Dynasty (around the mid-17th century), but did not move into the mountains until the late 18th century, establishing the towns of Ruili (瑞里), Ruifeng (瑞峰), Xiding (隙頂), and Fenqihu (奮起湖). The resulting armed clashes between the settlers and the aborigines pushed the aborigines even further into the mountains.

The song Ālǐshān de gūniang ( 阿里山的姑娘; English: The Girls of Alishan), which refers to the beautiful girls of the Tsou aboriginal tribe, is one of Taiwan’s most popular folk songs. This song is also well known in China and several foreign countries, even though the people in the Alishan area are Thao.