Lhasa, the city has a history of more than 1,300 years. It is the political, economic and cultural center of the Tibet and one of the highest cities in the world with an elevation of about 3600 m above sea level. It lies in the center of the Tibetan plateau with surrounding mountains rising to 5800m and Lhasa River is flowing at south side. So, it makes an area of ultimate scenic beauty. 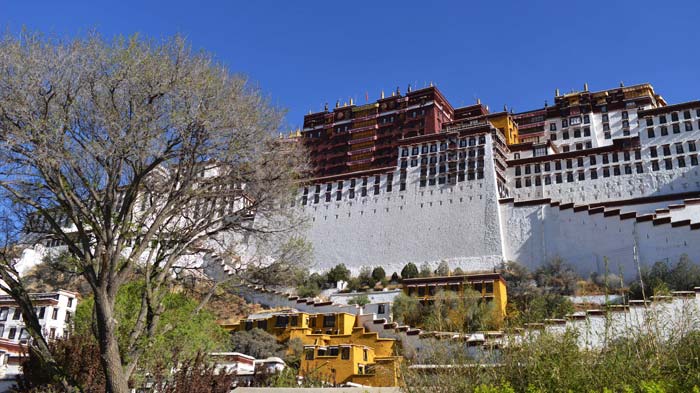 As one of the most unique cultures in the world, Tibetan culture always catches worldwide attentions. There are unique Tibetan Buddhism, devout pilgrims, distinct life style, countless historical legends and stories. All of them are deeply branded with Tibetan religion. In addition to palaces and monasteries, the stories behind are the most important parts of this religious culture tour.

Undoubtedly, the highlights of this itinerary are monasteries, such as the grandest and highest palace in the world, the holiest Jokhang Temple, four monasteries which play an important role in religion and history (Drepung monastery, Sera monastery, Tashilhunpo monastery and Samye monastery), and Palcho monastery, well-known for integrating multi religious sects with one and hundred thousand stupas. Furthermore, tourists may enjoy the stunning scenery of wide Yarlung Zangbo River and its valley, beautiful view of Yamdrok Lake, and lofty Karo La glacier are also the highlights of this tour. 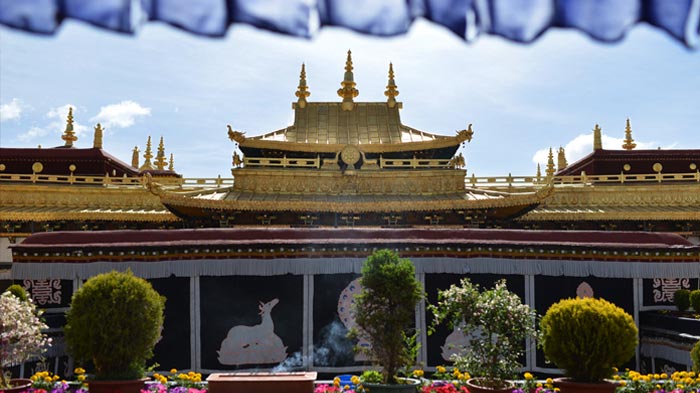 This itinerary is available all year round. Besides grand monasteries, you can also appreciate stunning natural landscapes in Tibet from April to October. In winter, the natural landscapes are relatively dull, but you can enjoy lower cost as it is the off season in Tibet.

Most Tibetan festivals are deeply religious. In addition to annual large-scale worship rituals to Buddha and Buddhist masters, Tibetan people will also hold a series of festivities associated with religious life and agricultural production. Various festivals come one after another after Tibetan New Year. There are almost a hundred festivals in a year, some of which even last for ten days. During the festival, Tibetan people will hold a variety of folk and religious activities, where you can enjoy the carnival atmosphere. Therefore, it would be better off if travelers could visit Tibet during traditional festivals, and never miss those lively festivities and fascinating locals.

Tibetan festivals consist of religious festivals and folk ones. Religious festivals are usually held in the monasteries with large-scale chanting, dancing to God and Buddha exhibition activities. While folk festivals are for ordinary people, who will be dressed in their splendid attire. Fork festivals include dancing and singing in well-dressed costumes and traditional sports competition, horse racing, archery, lingka(picnic) and so on. Every Tibetan festival has its own characteristic and is celebrated in its unique way. The most attractive festivals are Tibetan New Year, Saga Dawa, Shoton festival, Nagqu horse racing festival, Gyantse Damar Festival and so on.

Most Tibetan festivals center around in spring and summer, including several grandest and most popular festivals, that is, Saga Dawa( lasts for a month, mainly to celebrate the birth of Buddha, enlightenment, and Nirvana); Shoton festival(lasts for a week, and with Tibetan opera performance and Buddha Thangka unfolding ceremony); Nagqu horse racing festival(horse racing, horsemanship and archery competitions on Northern Tibet grasslands). If you are planning to visit Tibet, you’d better refer to Tibetan festival calendar in advance. It will undoubtedly add a lot of wonderful unforgettable memories for your Tibet tour if you happen to come at the right time.

Travel to Tibet during Tibetan New Year, the most important festival for Tibetans, you will get a wonderful Tibetan culture experience and have a great time with local people. During the festival, people celebrate by some ancient ceremonies, dancing, and many local events.

editor - February 14, 2017
0
In the summer heat, water parks are especially popular. People in the city can enjoy the cool air in summer days without going to...