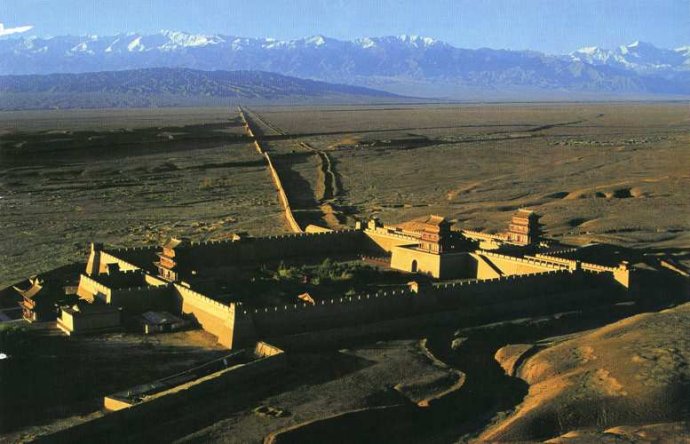 The pass was a key waypoint of the ancient Silk Road.

Jiayu Pass  is the first frontier fortress at the west end of the Ming dynasty Great Wall of China, near the city of Jiayuguan in Gansu province. Along with Juyong Pass and Shanhai Pass, it is one of the main passes of the Great Wall.

The pass is located at the narrowest point of the western section of the Hexi Corridor, 6 kilometres (3.7 mi) southwest of the city of Jiayuguan in Gansu. The structure lies between two hills, one of which is called Jiayuguan Pass. It was built near an oasis that was then on the extreme western edge of China. 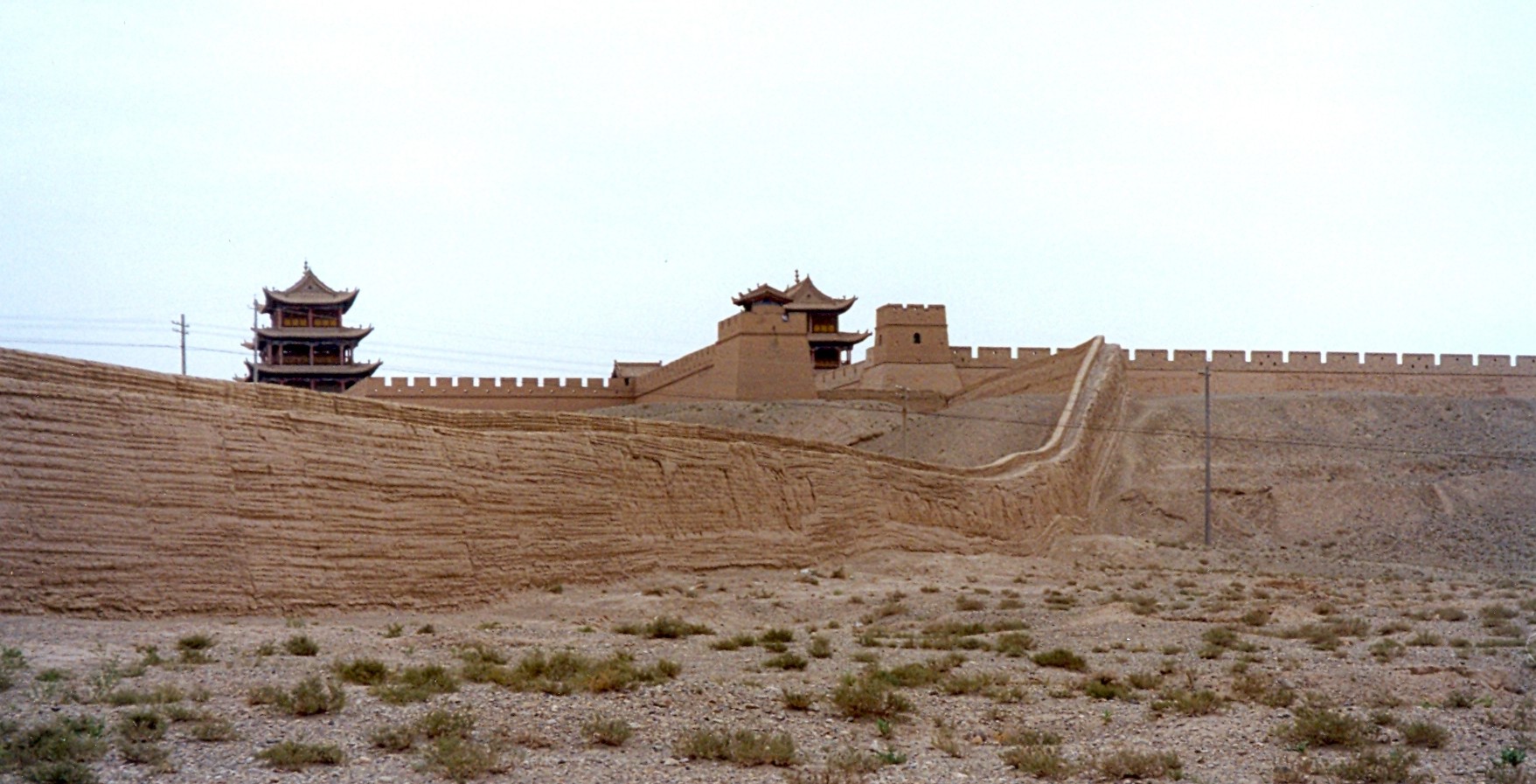 Encompassing an area of six acres (25,000 square meters), the inner city is enclosed by a city wall which runs for 700 yards (640 meters) and reaches a height of 36 feet (11 meters). It has two gates in the east and west respectively, known as the Guanghua and Rouyuan. Each gate is protected by a smaller guard tower and a barbican in front, forming another defensive screen for the inner city.

Youji General’s Office – It was the location in the inner city where the generals guarding Jiayu Pass dealt with military affairs. The meeting hall in the front yard reproduces the scene of generals planning military strategy, while you can have a rough idea of the living situation of the generals’ families in the back yard.

Wenchang Hall – It is a two-story pavilion in front of the inner city. It follows the same design style as the gate towers and is decorated with lattice doors and windows. The pavilion was once a great meeting place for literati to read, paint and compose poetry until the late Qing Dynasty (1644 – 1911). After that, it became the work place of civil officials.

Opera Tower – It is located near the east barbican outside the inner city. In old times, soldiers, local residents and traveling merchants often relaxed by watching operas there. Chinese cultural symbols such as red pillars, upswept cornices, exquisitely carved beams, and murals of the Eight Immortals can be found there.

Outside the inner city, there is another barrier forming the first defensive line of the pass – the outer city. As the major defensive point, the west wall of the outer city was built up with bricks, making it very solid. There is a three-story tower with a plaque that reads ‘Tian Xia Di Yi Xiong Guan’ (the First and Greatest Pass under Heaven) to state the military importance and strength of Jiayu Pass.

A fabulous legend recounts the meticulous planning involved in the construction of the pass. According to legend, when Jiayuguan was being planned, the official in charge asked the designer to estimate the exact number of bricks required and the designer gave him a number (99,999). The official questioned his judgment, asking him if that would be enough, so the designer added one brick. When Jiayuguan was finished, there was one brick left over, which was placed loose on one of the gates where it remains today.

The real stars of Jiayuguan are the thousands of tombs from the Wei and Western Jin Dynasty (265–420) discovered east of the city in recent years. The 700 excavated tombs are famous in China, and replicas or photographs of them can be seen in nearly every major Chinese museum. The bricks deserve their fame; they are both fascinating and charming, depicting such domestic scenes as preparing for a feast, roasting meat, picking mulberries, feeding chickens, and herding horses. Of the 18 tombs that have been excavated, only one is currently open to tourists. Many frescos have also been found around Jiayuguan but most are not open to visitors. 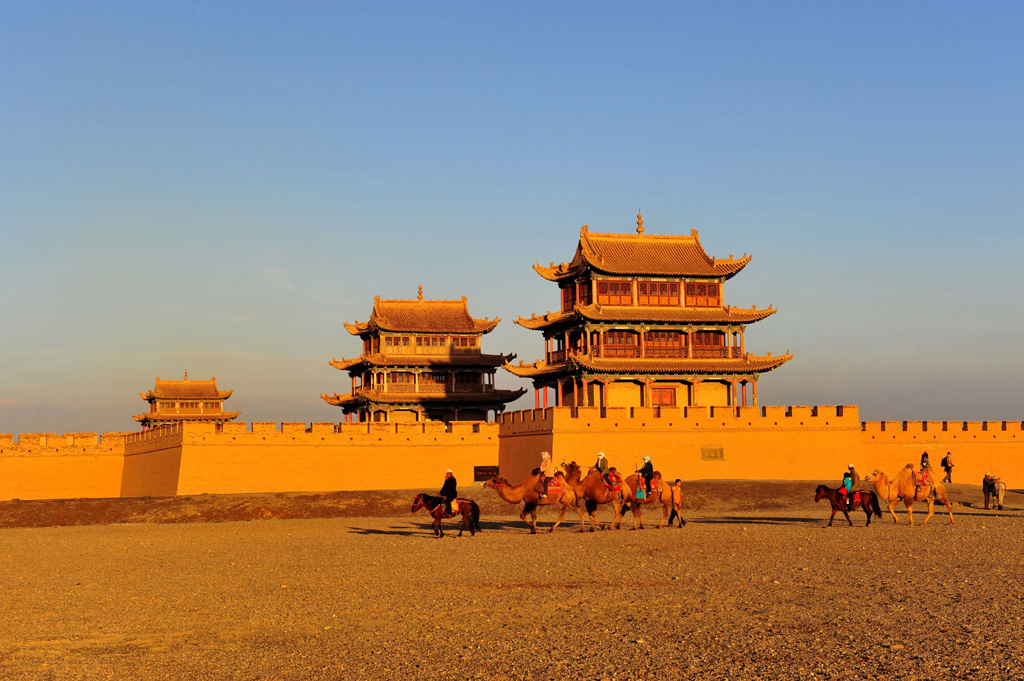