In 2004, China Central Television (CCTV) recognized Yantai as the most “Charming City of China.” Although Yantai is not a metropolis like Beijing and Shanghai, it has its own unique charm. Adding to the draw of local natural resources, the picturesque scenery in and around the city has earned the area acclaim by the United Nations, which lists it as one of the most habitable places in the world. Undulating hills rise above the area’s many rivers, and are framed by beaches and neighboring islands.

The name Yantai (“Smoke Tower”) derives from the watchtowers constructed on Mount Qi in 1398 under the reign of the Hongwu Emperor of the Ming dynasty. The towers were used to light signal fires and send smoke signals, called langyan from their supposed use of wolf dung for fuel. At the time, the area was troubled by the “Dwarf Pirates” (Wokou), initially raiders from the warring states in Japan but later principally disaffected Chinese. It was also formerly romanized as Yen-tai.

The major district of Yantai is Zhifu, which used to be the largest independent city in the area. It was variously romanized as Chefoo, Che-foo, Chi-fu, and Chih-fou. Although this name was used for the city by foreigners prior to the Communist victory in the Chinese Civil War, the locals referred to the settlement as Yantai throughout.

Evidence suggests Yantai existed as a city as long as 10,000 years ago. It was visited three times by the first emperor of the Qin Dynasty, Qinshihuang (259BC-210BC). During the Ming Dynasty (1368-1644) a fire platform, called Langyantai Platform, was constructed on the northernmost city hill, as a means of defense against pirates. General Qi Jiguang of the Ming Dynasty fought against pirates using this platform, and developed Penglai Water City, a navy base which remains well-preserved to this day.

During the Xia and Shang dynasties, the region was inhabited by indigenous peoples vaguely known to the Chinese as the “Eastern Barbarians” (Dongyi). Under the Zhou, they were colonized and sinicized as the state of Lai. Lai was annexed by Qi in 567 BC. Under the First Emperor (Shi Huangdi), the area was administered as the Qi Commandery. Under the Han, this was renamed as the Donglai Commandery (東萊郡). Following the Three Kingdoms Period, the area was organized by the Jin as the Donglai Kingdom or Principality, later returning to prefecture status as a jùn and then zhōu. Under the Tang and during the Five Dynasties and Ten Kingdoms Period, it was known as Deng Prefecture and organized with the Henan Circuit. It was then organized as the Laizhou (萊州府) and then, under the Qing, Dengzhou Commandery (登州府).

Following the Second Opium War, the Qing Empire was obliged to open more treaty ports by the unequal 1858 Treaty of Tianjin, including Tengchow (now Penglai).

Along with much of the rest of Shandong, Yantai was under German influence for about 20 years.After the Germans were defeated by Allied forces in World War I, Qingdao and Yantai were handed over to the Japanese, who turned Yantai into a summer station for their Asian fleet.

Yantai is currently the second largest industrial city in Shandong, next to Qingdao. However, the region’s largest industry is agriculture. It is famous throughout China for a particular variety of apple and Laiyang pear, and is home to the country’s largest and oldest grape winery, Changyu.

Yantai is also the leading city in China for producing cellophane (clear) noodles, which is a key ingredient in recipes both in and out of the county. Additionally, Yantai is the largest exporter of pears, apples, cherries, and peanuts in the nation. Yantai is also home to China’s first aquarium with the largest display of sharks. This would be perfect for a family trip!

Penglai City’s Dan Cliffs (丹崖) is said to be the departure point of the Eight Immortals on their trip to the Conference of the Magical Peach. It is important to note that Penglai is around 80Km from the city centre of Yantai.

Nanshan park is good for doing a variety of activities. There is a zoo, which has Pandas among its various collections of wildlife. A mountain that you can climb without charge (unlike Ta Shan). A small lake with paddle boats for hire. And an amusement park with a variety of roller coasters ranging from bumper cars to a log ride. The zoo is open all year round along with certain parts of the amusement park. People will be seen climbing the mountain most days through out the year. The paddle boats on the lake are not available in the winter as the lake freezes over.

On a nice day however there are many couples, families and friends out exploring the lake. This is a good spot to visit to see a variety of people in Yantai. On the weekends when the weather is nice there are large crowds. On the week days it is much calmer. Climbing the mountain gives you an opportunity to observe people practicing Tai Chi, singing traditional Chinese songs, and sometimes you might even find older couples dancing. 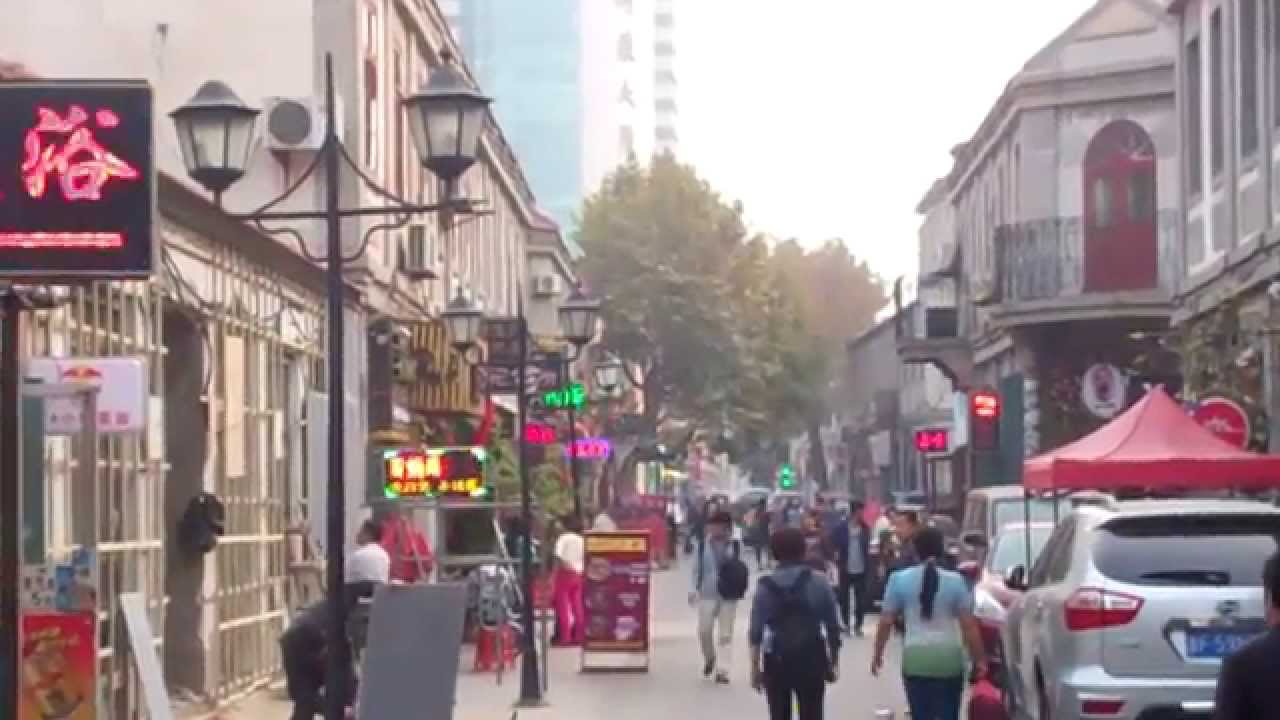 Chaoyang Street is known as the Bar Street among the expats is the place to be seen in Yantai! Although it has a slightly seedy reputation within the city, Chaoyang Street is most definitely the expats’ first port of call when feeling homesick. Trendy locals and ex-pats mix along the street, and for many westerners its the only place where you can bump into other native English-speakers.

editor - February 10, 2017
0
There is evidence of human habitation in the Dunhuang area as early as 2,000 BC, possibly by people recorded as the Qiang in Chinese...