Together with Xidi, the village became a UNESCO World Heritage Site in 2000. Scenes from the film Crouching Tiger, Hidden Dragon were filmed on location in Hongcun.

Hongcun was founded about the year 1100. So it has a history of about 900 years. Hongcun was first called “Hongcun (弘村).” “Hong” here means great. In the Qianlong period of the Qing Dynasty, its name was changed into a synonymous homonym “Hongcun (宏村).” The exact same sound written with a different character means great, grand, or magnificent.

Hongcun is a village of the ancient Wang clan. The ancestral home of the Wang clan is Jinling. In the Southern Song Dynasty, they moved to Huizhou.

The village is arranged in the shape of an ox with the nearby hill (Leigang Hill) interpreted as the head, and two trees standing on it as the horns. Four bridges across the Jiyin stream can be seen as the legs whilst the houses of the village form the body. Inside the “body”, the Jiyin stream represents the intestines and various lakes such as the “South Lake” (Nanhu) form the other internal organs.

The architecture and carvings of the approximately 150 residences dating back to the Ming and Qing Dynasties are said to be among the best of their kind in China. One of the biggest of the residences open to visitors, Chenzhi Hall, also contains a small museum. 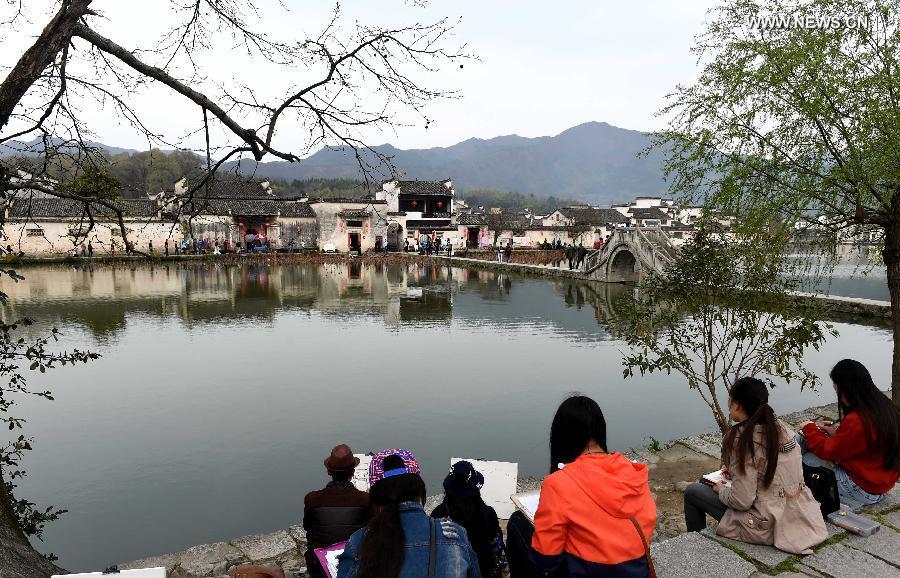 Ingenious use of elements of water, trees and gardens, and farmland produced a beautiful setting for the Wang Clan’s daily life over many generations.

The village structures blend in with the natural setting that exhibit the wisdom of hundreds of years of village construction.

Many of the villagers diverted water via small canals into their court yards, turning their houses into garden settings.

Geomancy: The lay of the whole village was designed according to geomantic (feng shui) ideas. It looks like the shape of a cow to Chinese people. To prevent the spread of fires and to also water the plants, laborers built a water system according to the cow design in traditional geomancy. The village centers around “the heart of the cow”, Moon Pond.

Hongcun is popular. Chinese tour groups with noisy loud speakers frequent the area during high season. Schools and universities let out for summer vacation in July, so there is a influx of families and young visitors eager to see the area until August. It is best to avoid Friday and Saturday during high season when weekend tourists crowd in. 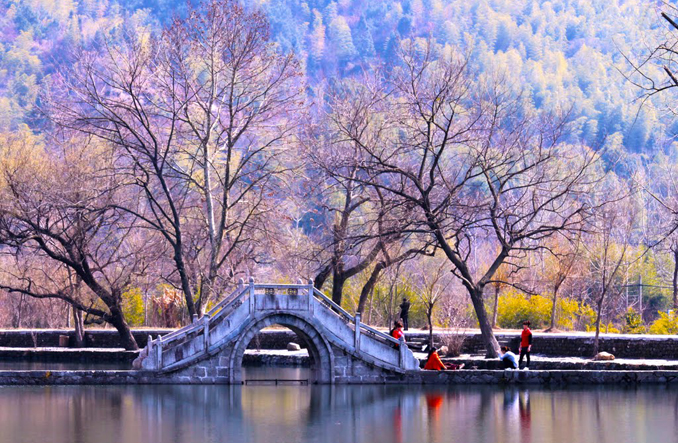 The Yellow Mountains is the premier scenic area in the whole region. It is famed for the beautiful mountains and good hiking.

Tachuan Village is famous for the fall scenery in October and November. It is only a nice 30 minute stroll away.

Xidi Village is another old clan village that is listed as a World Heritage. There are well preserved Ming Dynasty era courtyard gardens and houses. It is more authentic and less touristy than Hongcun. It is only about a half hour drive to the south. It has memorial archways and many memorial halls. The ancient halls and houses attract many students here to do sketching.

editor - February 8, 2017
0
The People's Republic of China is the second-largest country in the world by land area after Russia, and is either the third- or fourth-largest by...